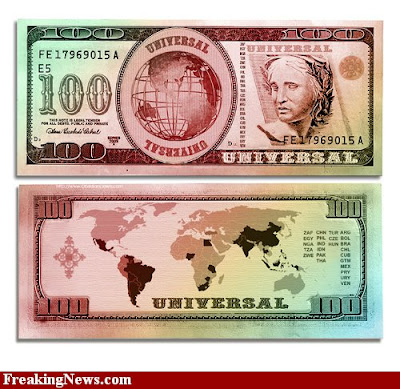 Spelling must not be a Requirement 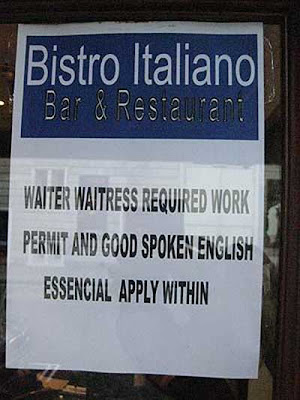 Drug Money Dropped All Over Freeway

During a high speed chase on the 805 freeway in San Diego, drug dealers ditched bundles of cash, causing chaos. People stopped on the side or middle of the freeway to grab whatever money they could.
.

Car Covered in Snow Prank
A guy is very unhappy to find that his friends have buried his car in snow right before he has to leave for work.
. 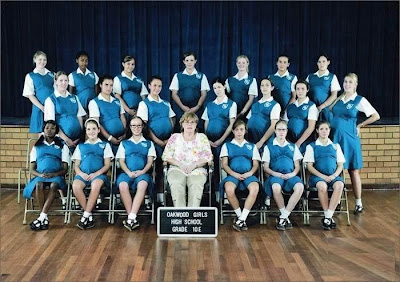 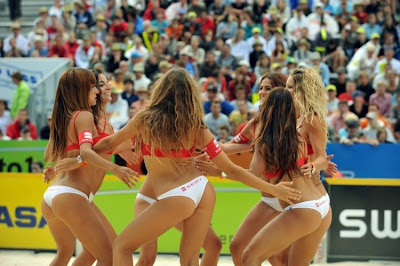 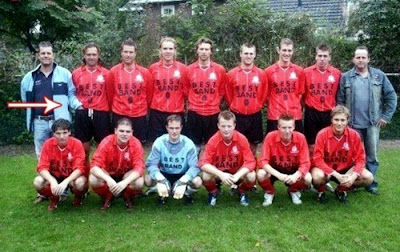 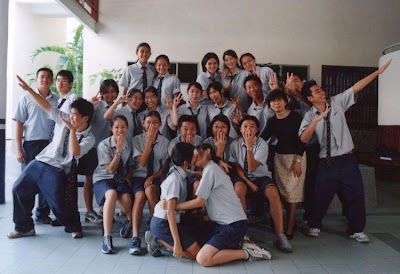 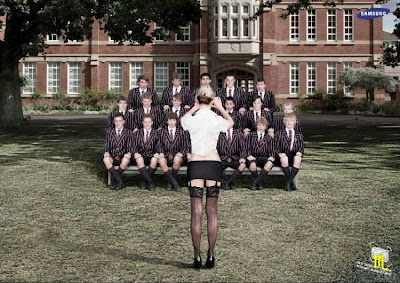 Painful-looking festival in India that involves throwing yourself into a huge pile of thorns.
.
.
Posted by The Man at 3/22/2009 1 comment:

Mom accused of beating up son's principal
A Rhode Island woman is accused of punching and biting her 11-year-old son’s school principal after she was told the boy was being suspended.
Police say 30-year-old Aleyda Uceta also bit an officer trying to arrest her after Friday’s incident at Roger Williams Middle School in Providence.
She is charged with assault on school officials, assault on police officers and resisting arrest.
Police say Uceta punched Principal Rudolph Moseley Jr. in the face and bit his left arm after he told her that her son would be suspended for three days for refusing to go to a room for misbehaving students.
.
Dog eats $400 in cash
A North Carolina family are attempting to retrieve $400 of cash swallowed by their dog.
Kelley Davis’ greater Swiss mountain dog, Augie, swallowed $400 cash she had left on her dresser table at home.
Since then Kelley, 42, and her family have been monitoring the dog’s toilet habits closely in order to retrieve as much of the lost money as possible.
A suitable time after swallowing the cash Kelley took Augie for a walk and in his droppings she found the remains of three $100 bills and five $20 notes.
She said: "I grabbed the garden hose and shouted ‘kids, get the colander’ – I’m out there panning for gold."
Davis has so far retrieved remnants of $160, which she is hoping to exchange for new bills.
US federal rules state a note can be replaced if more than 50 percent of a bill is identifiable.
.
Dog Poops Out Money
.
Nude teen with dog assaults woman
Police say a naked 14-year-old boy taking a walk with a large white poodle has assaulted a woman in Michigan.
Sheriff’s Lt. Craig Mast says the boy walked away from a behavioral treatment facility Monday. He was strolling unclothed in Hart Township with the dog when he encountered a 53-year-old woman in her yard.
Mast says, "The young naked man approached her with this poodle, and she immediately realized something peculiar."
They spoke briefly. When the woman took out a cell phone to call for help, the boy pushed her and fled with the phone, which he later broke in half.
Deputies found the boy and was charged in juvenile court with strong-arm robbery and assault.
.
Clorox offers reward to wipe out 'toilet torcher'
The Clorox Company is offering a US$5,000 reward and a year's supply of cleaning products for tips leading to the arrest of San Francisco's notorious portable potty pyromaniac.
The Oakland, Calif.-based chemical company says it plans to deploy a "potty patrol" team in the city Tuesday to make residents aware of its offer.
Since November, more than two dozen construction site toilets have been set on fire in the city, causing an estimated $50,000 in property damage and leaving a trail of foul-smelling evidence.
.
Woman Accused Of Breast-feeding Baby While Drunk
A Lee County woman was arrested after police said she was feeding her infant while intoxicated.
Police said it started when Renee Vanalsburg punched her half-sister in the face. When officers arrived, they said Vanalsburg was breastfeeding her baby and was clearly drunk and high.
The baby's father, Marc Rush, was also arrested after police found a bottle of oxycodone and a tin with white powder in the baby's crib.
Police said broken glass, ant killer, spray paint and knives were scattered on floor of the baby's room. The baby was in protective custody Friday night.
.
Posted by The Man at 3/22/2009 1 comment: 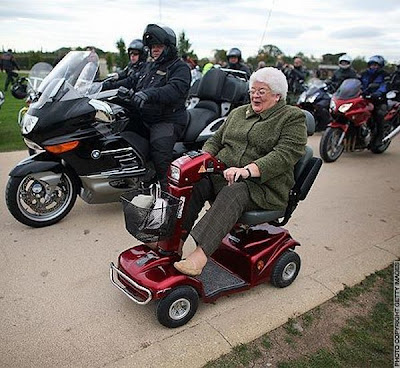 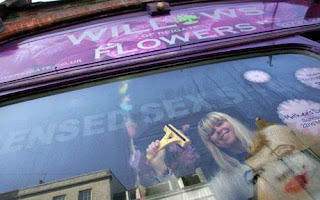 A florist received an unwelcome surprise when the windows of her store misted up and revealed its past as a licensed sex shop
Every morning, large letters spelling out the store's previous function are clearly visible to passers by in Reigate, Surrey.
Clare Ross, who owns Willows flower shop with her mother, Shirley, said: "We have done everything we can to get rid of it but it just won't go.
"Every day it's back. I knew this place had been a sex shop but it was completely empty when we took it over. There were no signs of its past at all.
"Then suddenly these huge letters appeared in the morning condensation saying licensed sex shop above our Interflora sign." She sponged it away every morning only for it to come back the next day.
Ms Ross, 40, said: "We did everything we could to get rid of the ghostly letters that came back to haunt us. We had a professional cleaner in, tried lighter fluid, petrol, scouring pads. Nothing worked. The glue from the sticky lettering has seeped right into the glass and the history is locked away there.
"The only way to get rid of it would be to replace the whole window.
.
Posted by The Man at 3/22/2009 1 comment: 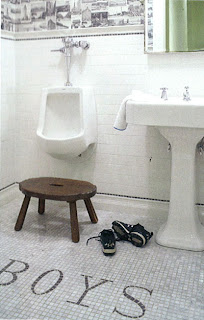 Nothing silly happened this week when an entire fifth-grade class in Mill Valley boldly went into the boys' bathroom.
The entire fifth-grade class, which includes those persons known as girls it was, after all, an official school field trip.
"I'm OK with this," said Chessy MacDonald. "It's just a bathroom."
They was accompanied by the best in the business, veteran Mill Valley plumber Stanley Searles, who had dropped by Room 2 at Park Elementary School carrying a genuine toilet tank for his fourth annual classroom visit to explain how toilets work.
And then it was time for the official field trip to the boys' bathroom. The class lined up and marched silently down the hall, the gravity of the situation bearing down on them. Some brought pencils, to take notes.
There was no giggling, because Room 2 is above all that and, besides, Mr. Martini's class is located next to the bathroom and Mr. Martini does not cotton to gigglers.
"Gather round," said Searles, opening the door to the stall and giving the toilet a flush. One boy noted that Mill Valley water swirls clockwise - which water only does in the Northern Hemisphere - but that it didn't really have anything to do with the actual operation of a toilet.
On the way out, the girls contemplated, some for the first time, that porcelain device found only in boys' and men's rooms. Some were jealous that boys get something in their bathrooms that girls don't get in theirs. Some rose above it.
"I'm OK with urinals," said Chessy. "It's just another kind of toilet. It makes things easier for boys, and boys need all the help they can get."
.
Posted by The Man at 3/22/2009 2 comments: