Hi, My name is Johnny Testa from AskMen.com – a unit of FOX Interactive Media. As the world's largest men's web portal, AskMen.com attracts more than 7 million readers each month. I wanted to take this opportunity to let you know that AskMen.com recently published an article entitled “5 Things You Didn't Know: Drugs” that I think would be of particular interest to your readers. The article takes a look at 5 things you may not have known about drugs, or maybe you have and if so I apologize for sending you this article. However, whether you know these 5 things or not does not matter because the article is a good read anyways. Check it out and let me know what you think. 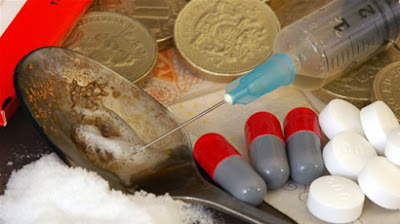 5 Things You May Not Know: Drugs
.
If you were to peel back the layers of society, you'd find a deep, dark culture of illegal drug abuse -- but to most, that ain't news. The fact is that the production, trafficking and sales of illicit drugs is a $400-billion-a-year industry. In fact, the drug industry is second only to the arms trade and is showing no signs of slowing down. Despite the fact that the use of illegal narcotics is so widespread, there are still probably a few facts about them that you didn't know. Case in point: these five things you didn’t know about drugs. To Read All

1- Cannabis was once used to pay taxes
As crazy as it may seem, cannabis once served as legal tender. Cannabis hemp was actually used as currency from 1631 all the way up until the early 1800s. Even more mind-blowing, though, is the fact that both George Washington and Thomas Jefferson grew cannabis on their plantations.

3- Dr. Jekyll and Mr. Hyde was written during a six-day cocaine binge
Robert Louis Stevenson, famed author of The Strange Case of Dr. Jekyll and Mr. Hyde, wrote his entire masterpiece in six days and six nights, all whilst on one hell of a cocaine bender.
Even Stevenson's wife, Fanny, was amazed that her husband managed to put 60,000 words on paper in just under one week.

4- The inventor of LSD lived to be 102
Albert Hofmann -- notorious psychedelic drug chemist and inventor of LSD -- passed away in 2008 at the ripe old age of 102. Hofman's now infamous discovery came to fruition on April 16, 1943, when he accidentally absorbed a bit of lysergic acid compound, LSD-25, through his fingertips.

5- Ecstasy started as a pyramid scheme
Back in 1984, a Texas-based evangelist by the name of Michael Clegg believed he had a higher purpose. Steadfast in the notion that the world would be a better place if everyone were on Ecstasy.
Posted by The Man at 10/20/2008 No comments:

Maybe I should have used one 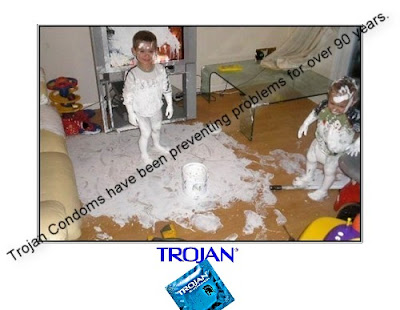 Being a Army Volunteer 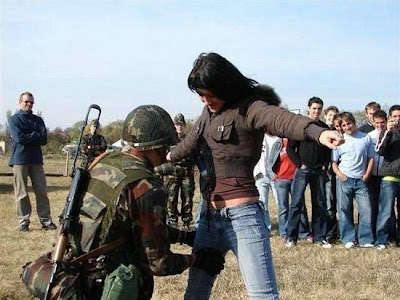 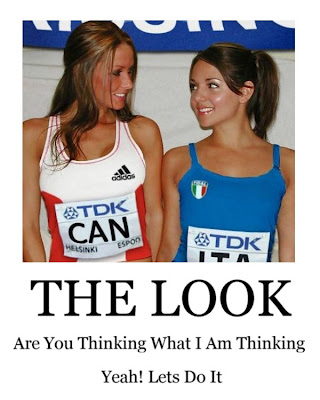 New airport scanners can see it all
Australian officials say new X-ray scanners being field tested at Melbourne Airport are effective enough to reveal the nude bodies of travelers.
Cheryl Johnson, general manager of the Office of Transport Security, said the scanners, which are to be used on domestic passengers at Melbourne Airport, will show the "private parts" of travelers but will blur their faces to protect their privacy.
She said the scanners can see right through clothing to the "genitals and breasts (of passengers) while they're going through the machine."
"It will show the private parts of people, but what we've decided is that we're not going to blur those out, because it severely limits the detection capabilities," Johnson said.
.
$9.5 million parking ticket
A suburban Chicago couple received a $9.5 million parking ticket for leaving their car in downtown Glencoe, Ill., for more than two hours.
Barbara and Lee Mitchell say the ticket explained they were entitled to a hearing on the matter or could plead guilty and simply pay the fine, The Glencoe News reports.
If they chose to forgo a hearing, the instructions advised them "do not send cash."
Deputy Chief Mike Volling of the Glencoe Police Department said he's at a loss to explain the ticket.
"Obviously somebody messed up when it was entered into the computer." He said.
The Mitchells say the dollar amount of the ticket, $9,501,071, coincides with the license plate of the car.
.
Man tries to fool Los Angeles Court
Told to surrender pet, owner tries to make court believe it’s in Mexico
A California man is headed back to court after trying to use a photo of his pet monkey alongside a Mexican newspaper to fool a court commissioner into believing the animal had been sent south of the border.
David Grigorian had been ordered to surrender his marmoset Cheeta because he did not have a permit for the animal.
Authorities say the 43-year-old was in court this week to show that the monkey was gone.
His proof: a photo of Cheeta beside a recently dated Mexican newspaper. Red, white and green decorations filled the background.
Grigorian eventually admitted that Cheeta was in downtown Los Angeles.
He has agreed to hand Cheeta over to federal officials.
.
15-year-old found in assigned seat with stolen ticket
Police tracking a credit card stolen from a parked car didn't have to look far to find their suspect.
The 15-year-old was sitting in his assigned seat at the Superdome after using the purloined card to purchase a ticket to a Saints game.
"You would think if you are going to buy a ticket to get in the stadium (on a stolen credit card), you would go sit somewhere else," said Maj. Greg Elder, commander of the New Orleans Police Department's 3rd District.
The credit card was stolen when someone snatched a purse. Her credit card company reported the card had been used to buy a ticket to that night's NFL Saints game against the Minnesota Vikings.
The detectives arrived just before halftime, and recognized the young man in the seat as somebody who had previously been arrested for auto burglary, Elder said.
.
Suspect in Golf Cart Eludes Utah Sheriff Cruisers
A Utah sheriff's office has found that it shouldn't underestimate the golf cart as a getaway car.
A suspect in a souped-up cart managed to elude officers who pursued him last month through an alfalfa field — but only for a while. He was arrested the next day at his grandmother's house.
Officers started pursuing the driver after he was spotted spinning out in a city park in Morgan. He took off into an alfalfa field and jumped irrigation ditches that the sheriff's cruisers couldn't cross.
Morgan County Sheriff's Sgt. Scott Peay suspects the cart was fitted with a car engine instead of the original electric motor.
.
Posted by The Man at 10/20/2008 No comments: