No Bacon For Breakfast 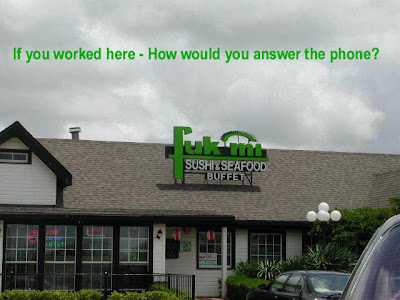 One Size Fits All Sizes 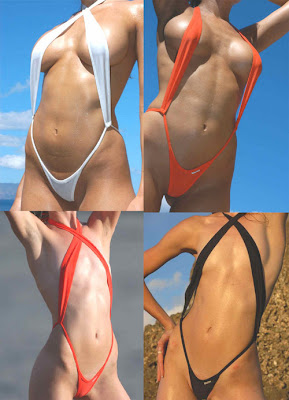 Your job seems much better now don’t it? 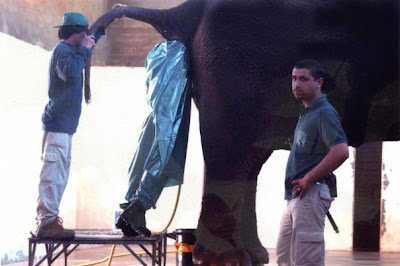 If it's like the job that Mike Rowe did on Dirty Jobs on a cow or should I say in a cow it's to see if the elephant is pregnant.
By the way he only has his arm inside.
.
This is how you boldly go where no man wants to go
Posted by The Man at 9/16/2008 No comments:

The stupid things we do when we are bored. - NSFW

Rock Paper Scissors Played With A Rat Trap - NSFW
And if you really wanted to be hardcore, just think of the parts you could force into there.


.
Trampoline Front Flip
This kid tries to do a front flip off his trampoline but his face hits the ground first.

The 7 Most Embarrassing Sex Moments

Whether it's an "ouch!" or an "oops," nearly every lover has been there. For both amateurs and seasoned veterans in the sack, few go unscathed when it comes to embarrassing sex moments.
.
1. Sex Can Be Clumsy
Whether accidentally knocking heads, pulling hair or taking an elbow in the eye, it’s important to remember that our movements aren’t as well orchestrated as that of a symphony. Bodies bumping up against one another can get out of control and out of sync.
.
2. A Full Bladder is No Fun
For most people, there is no worse time to hold your bladder than during sex. But people do (some people actually enjoy the sensations this provides). They would rather suffer their way through painful sex than call a time-out to hit the toilet.
.
3. Naked Bodies Do Make Noises
By far one of the most heart-stopping noises in the sack is that of a "fart." I put that in quotes because sounds of breaking wind don’t actually always involve intestinal gas.
Sweaty bodies can catch air as they rub up against each other, making it sound like somebody just ripped one. Air getting caught up in the vaginal canal, more commonly known as a "queef," also may resemble a farting noise. All of these sounds are common and often unavoidable.
.
4 More Embarrassing Sex Moments
.
Posted by The Man at 9/16/2008 No comments:

Cell Phone Ban for California Operators
The state's top rail safety regulator said Monday he would seek an emergency order banning train operators from using cell phones, as federal investigators sought to determine whether the engineer of a commuter train was text messaging before a crash that killed 25 people.
Michael Peevey, president of the California Public Utilities Commission, said some railroad operators have policies prohibiting the personal use of cell phones, but they're widely ignored. "Our order would make it the law and we'll go after violators. We owe it to the public," he said.
.
Umm... That's Not a Cat
A Pennsylvania cat lover got a smelly surmise this week when a neighbor's cat turned out to be a frightened skunk.
Not only did the skunk spray the woman, but it ran into her Mount Carmel home. Police spent hours at the home before leaving the scene; there was no immediate word if they were able to remove the animal.
.
Satan Worshipers Killed and Ate 4 Teens
A gang of Satan worshipers killed and ate four Russian teenagers in a sickening ritual.
The Satanists stabbed each of their victims a terrifying 666 times before dismembering their bodies and cooking them on a bonfire.
Russian police discovered the teenager's limbs, hearts and scalps in a pit in the Yaroslavl region around 300 miles from Moscow, along with the dead body of a small rodent crucified on an upside-down cross.
The victims, three girls and one boy, all aged 16 and 17, Anya Gorokhova, Olga Pukhova, Varya Kuzmina and Andrei Sorokin.
.
Federal Workers Owe Billions in Delinquent Taxes
The Internal Revenue Service is trying to collect billions of dollars in late taxes from nearly half a million federal employees and retirees that did not pay more than $3.5 billion in taxes owed last year.
The agency with the most delinquent employees was the U.S. Postal Service. Nearly 4.2 percent of its 747,000 workers are delinquent.
The IRS would not provide comparable data for the general population.
The Executive Office of the President, which includes the White House, has 58 employees who did not pay more than $319,000. More than 1,000 Capitol Hill workers are on the list.
.
The woman was unhappy with the ears of her rabbit
A woman dialled 999 because a rabbit she bought via a newspaper advert did not have floppy ears, Central Scotland Police have said.
The force is urging the public not to dial 999 unless they are faced with a genuine emergency.
The reminder comes after operators, who receive 34,000 - 999 calls a year, said the number was being dialled for "wholly inappropriate reasons".
Posted by The Man at 9/16/2008 No comments: