A doctor shook a man's hand and detected a rare form of brain tumor which saved his life.
.
Posted by The Man at 2/16/2008 No comments:

Anyone for a game of Twister without the mat? 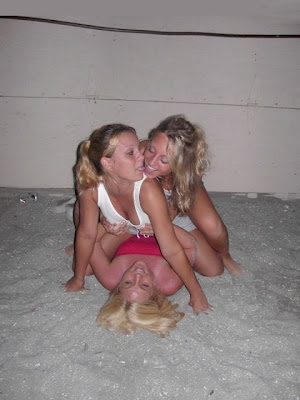 Rides his bicycle up a ramp that's attached to a fast moving van
Posted by The Man at 2/16/2008 No comments:

Labels: That Gotta Hurt, Vehicle, What a "Dumb Ass"

Blonde is a Blonde doesn’t matter what country... 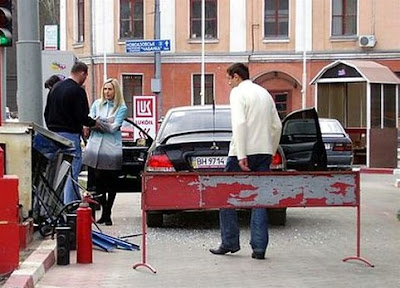 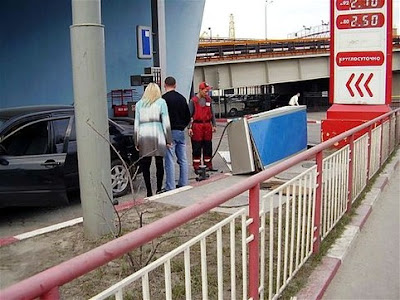 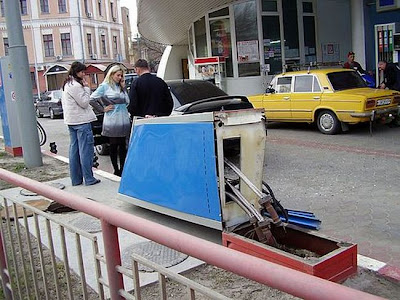 Taking a Look at "Male and Female BUTTS" 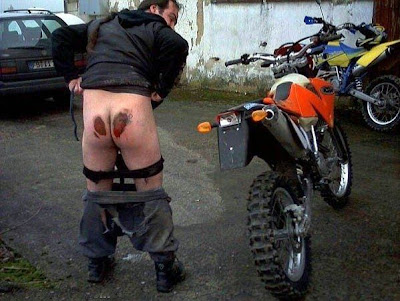 SKID-MARKS and not on his underwear 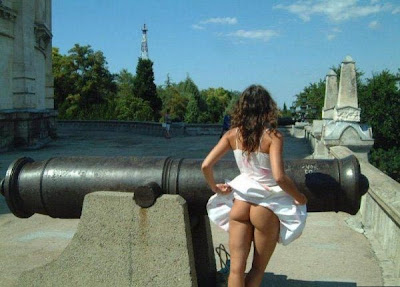 Caption This and if it's good I will post it below and give you credit.
Posted by The Man at 2/16/2008 No comments: 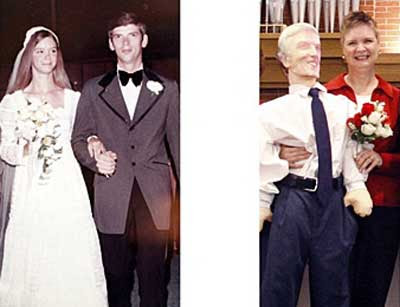 Blow-up doll stands in for groom
If one bride felt lighter than air in her wedding gown, her groom certainly felt like air itself as 19 couples renewed their vows near Columbus.
Sheila Smith's husband, Bob, had to go away on business and couldn't make the Valentine's Day recommitment service at Grove City United Methodist Church. So friends brought a life-size inflatable doll to serve as a stand-in.
They dressed Blow-up Bob in dress pants, a shirt and tie, and taped on a head-shot photo of the real Bob Smith.
His wife was blown away, because she thought she'd only be serving as matron of honor for four of her friends. After Sheila Smith phoned her husband to tell him about his air-filled alter ego, she wiped away tears as she told how he laughed so hard he couldn't speak.
.
.
Judge weds couple after sentencing groom for robbery
It wasn't a typical Valentine's Day wedding. For one thing, the groom was in handcuffs. Kevin Felder and Misty Johnson exchanged vows Thursday just minutes after Felder was sentenced to five to 18 years in prison for second-degree robbery. "It's a decision between the two of us. I am sorry for what I did, and I want to be a better man when I come home," said Felder, who wore an orange jumpsuit.Circuit Judge James Mazzone performed the wedding after sentencing Felder. He declined Felder's request to have the handcuffs removed during the ceremony.
"I'm sorry, but I can't allow that," Mazzone said. "You are in custody." 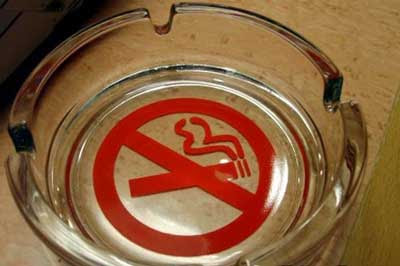 Government smoking permit.
A ban on the sale of cigarettes to anyone who does not pay for a government smoking permit has been proposed by Health England, a ministerial advisory board.
The permit might cost as little as £10, but acquiring it could be made difficult if the forms were sufficiently complex, Le Grand said last night.His paper says: "Suppose every individual who wanted to buy tobacco had to purchase a permit. And suppose further they had to do this every year. To get a permit would involve filling out a form and supplying a photograph, as well as paying the fee. Permits would only be issued to those over 18 and evidence of age would have to be provided. The money raised would go to the NHS."Le Grand said the proposal was an example of "libertarian paternalism". The government would leave people free to make their own decisions but it would "nudge them" in the right direction.
.
City buys bars to fight binge drinking
A French city has taken drastic action to tackle the growing problem of "le binge drinking".The city council in Rennes, the capital of Brittany renowned for its boisterous student life, has begun buying up bars in order to close them down.
.
Happy Valentine's Day, Not For Some
Undercover police officers posing as flower deliverymen on Valentine' Day arrested 23 people with outstanding warrants. The Northglenn officers used a van with a sign saying "Flower Delivery" and knocked on doors bearing a long-stem rose box to net their quarry.
Click Here To Read More
Posted by The Man at 2/16/2008 No comments: