Hey, I think you have room for one more on the other side. 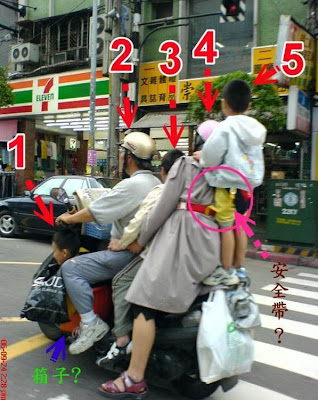 WARNING on the back

The contents are not 100% protection from
AIDS, HIV, other STDs or Ridicule, Mockery or Derision. 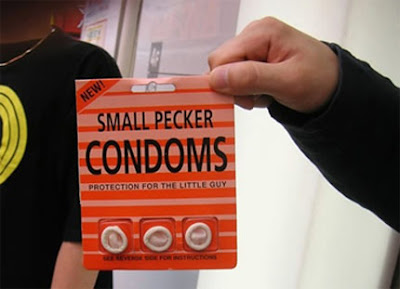 Does a Lap Dance come with the haircut? 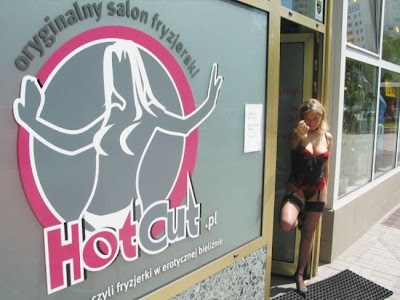 I don't believe it 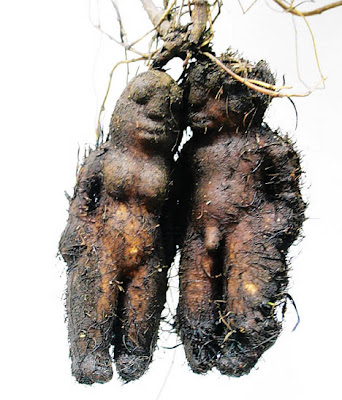 Remarkably-shaped roots that resemble a little man and a woman

Skeptics might suspect that the hand of Man has been at work.
But according to its owner, this remarkably-shaped root is entirely the product of Mother Nature. The root, attached to a Chinese fleece flower plant, shows a naked man and woman in all their glory with even the most intimate details in all the right places.
Perfectly-formed: The naked man and woman found in the fleece flower root
The fleece flower is a favorite dietary supplement in Asia where its boiled extract is believed to reduce cholesterol and fight heart disease. The root is also sold as a diet food to help reduce obesity.

They made an electric stun glove back in the 30's 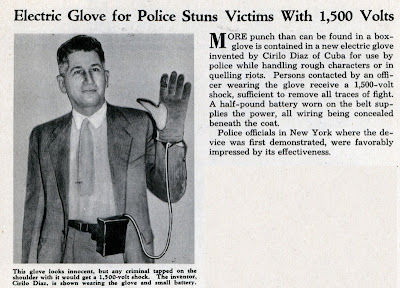 Everyone knows you shouldn’t play with your food. But hey - sometimes you have to defend your dinner! Now there’s a new weapon in your homeland security arsenal – load it up with broccoli, aim, pull back the spring-loaded handle,and watch your food take flight. ZING! It’s WAY more fun than a war of words. 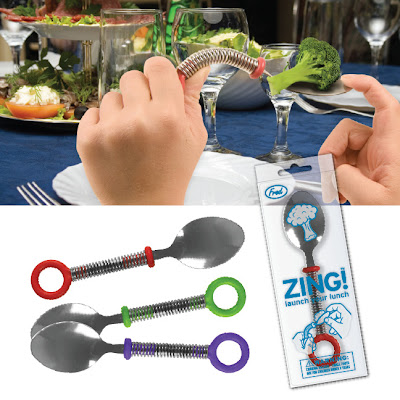 http://www.worldwidefred.com/home.htm
There are more funny and wacky things to look at.
Posted by The Man at 1/26/2008 1 comment:

How to get free beer – crash a beer truck

We've got a mysterious SHEEP circle 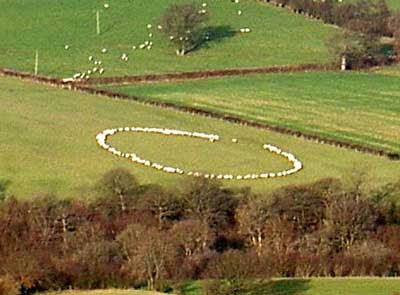 Or is someone trying to pull the wool over your eyes?

The Newest Cellphone with More Options

Korean star ends castration claim
South Korean singer Na Hoon-a has offered to expose himself on a live TV show to prove that he has not been castrated in a love quarrel. Speaking at a packed news conference in Seoul, the 60-year-old denied a Japanese gangster had dismembered him. Reports claimed Hoon-a upset the mobster for having a relationship with his favourite actress. As he unbuttoned his trousers the star said: Do I have to show you, or would you just believe me?"

Suspect Goes To Jail All Ready For Strip Search
Try to escape from bail bondsman Rico Reed and it could cost you your pants.
That's exactly what happened to Eric Lee Andrews in front of a crowd of people in downtown Winter Haven on Thursday evening. And as it turns out, Andrews isn't a boxer or briefs man - witnesses said he's a no underwear man.
Click Here To Read More

Detective Receives Drug Sale Text Message
A Salt Lake City detective helped bust a narcotics dealer when he intercepted a text message attempting to make a sale, officials said.
When Dan Wendelboth received an unusual text message, reading, "I have 10 Lortab 7.5," he decided to play along with the conversation to help police nail the suspected dealer, KSL-TV, Salt Lake City, reports.
Click Here To Read More
Posted by The Man at 1/26/2008 No comments: