This man was arrested in women's lingerie

Parma police have arrested a man who was spotted driving while dressed in women’s lingerie and exposing himself to passing motorists. At approx. 1:30 p.m. Tuesday, Detective Marty Compton says Parma cops received a call from a female who reported a male had just exposed himself to her while driving southbound on Pearl Road at Brookpark Road. The caller further relayed that the guy was wearing women’s lingerie.
. 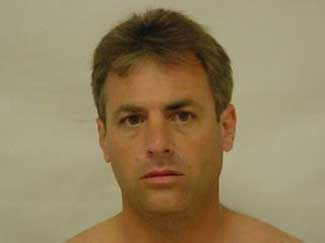 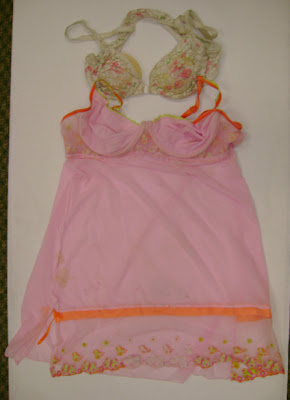 The caller continued to follow the male while providing his vehicle direction and description as officer responded. Within a period of minutes the male was located in the parking lot of 5275 Ridge Road. Compton says that ss the arresting officer approached, the male appeared to be in the process of putting on his pants and wiping off his lipstick and gloss. 42-year-old Jeffrey L. Hirsch of Solon was taken into custody while still wearing lingerie on his upper body.
.
Posted by The Man at 7/02/2009 1 comment:

Gun + Potato = Stupidity
Gunman's use of potato has cops scratching their heads
Jersey City police still can't figure out why a man held up a gas station Sunday holding a gun in one hand and a potato in the other.
Stan Eason, a spokesman for the Jersey City Police Department, said people might have gotten the idea from movies and TV shows, such as CSI, that a potato can be used to the muffle the sound of a gun.
"In movies I've seen where they've used a potato on the end of a gun as a silencer," Eason said. Firing a gun into a potato basically amounts to a very dangerous way to make potato salad. "It's pretty much ineffective as far as becoming a true silencer," he said.
According to a police ballistics expert, the spud would simply explode in a gunman's face, Eason said.
Hudson County Prosecutor Edward DeFazio said he has heard of potatoes being used as silencers before, but he's never seen a case here. "I've heard of that," he said. "I haven't seen it in reality."
The potato-wielding robber is still on the loose. He is described as 30 to 35 years old, of strong build and having red dreadlocks.
.
Bride left in the Toilet
A bride on her honeymoon has been left at the airport because her new husband thought she had spent too long in the toilet.
The Saudi couple were preparing to fly home after an idyllic honeymoon in Malaysia.
But after only a week of married life, the couple's romance came to a dramatic end after the bridegroom decided his wife simply spent too long in the bathroom at Kuala Lumpur International Airport.
His solution was simple. Get on the plane without her.
The woman in question, a teacher, had gone to use the facilities before boarding a flight back to Saudi Arabia.
How long she stayed in the toilet was unclear.
What is certain is she emerged to discover her husband had vanished without trace.
The woman, who had paid for the holiday, began a desperate search of the airport.
According to newspaper the Saudi Gazette , she grew increasingly concerned that something terrible had happened to him.
It eventually emerged that he had in fact boarded a plane.
When he arrived at his destination, he calmly told relatives his new wife was still in Malaysia.
.
Posted by The Man at 7/02/2009 No comments:

Have Sex With Me Or Fi-Fi Gets Tortured

Alfredo Dempkey made the proposition to the teen owner of her little dog Pineapple.
.
.
Posted by The Man at 7/02/2009 No comments:

Passengers on a cross-country flight to Los Angeles found themselves in Albuquerque briefly after a fellow passenger removed his clothes and ran around the plane naked.
.
.
Posted by The Man at 7/02/2009 No comments: