Elephant on a Bike

A Visit To The Dentist

THEY DON'T MAKE SHOWS LIKE THIS ANYMORE
Tim Conway and Harvey Korman from The Carol Burnett Show.
I dare you not to laugh.
Posted by The Man at 2/12/2008 1 comment:

Berry Delicious chocolate shop is making their chocolate a little spicier by adding Jalapenos to the mix. Hot chocolate is getting a twist in Texas.

Chocolate-covered Jalapenos are the new Valentine’s Day special for a business owner in Elsa, Texas.

Although commonly used for Mexican food, Sandoval says the spicy peppers are great for candy as well.

"We've always geared towards the fruit, but this time we said let's try something spicy. So we tried chocolate-covered jalapenos. It's been pretty popular," Sandoval said.

If you’re seeking a steamy present for Valentine’s Day, then “Berry Delicious” should be your next stop. 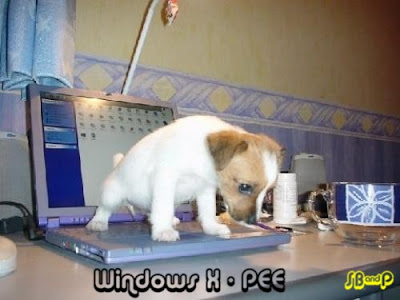 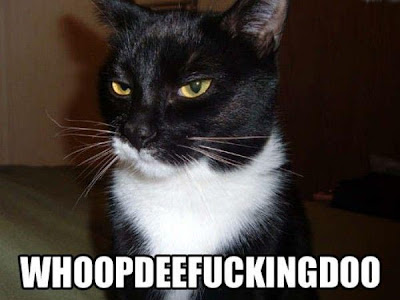 Due to the climate of political correctness now pervading America, Kentuckians, Tennesseans and West Virginians will no longer be referred to as “HILLBILLIES.” You must now refer to them as APPALACHIAN-AMERICANS.
.
And furthermore:
HOW TO SPEAK ABOUT WOMEN AND BE POLITICALLY CORRECT:
1. She is not a “BABE” or a “CHICK” - She is a “BREASTED AMERICAN.”
2. She is not “EASY” - She is “HORIZONTALLY ACCESSIBLE.”
3. She is not a “DUMB BLONDE” - She is a “LIGHT-HAIRED DETOUR OFF THE INFORMATION SUPERHIGHWAY.”
4. She has not “BEEN AROUND” - She is a “PREVIOUSLY-ENJOYED COMPANION.”
5. She does not “NAG” you - She becomes “VERBALLY REPETITIVE.”
6. She is not a “TWO-BIT HOOKER” - She is a “LOW COST PROVIDER.”
.
HOW TO SPEAK ABOUT MEN AND BE POLITICALLY CORRECT:
1. He does not have a “BEER GUT” - He has developed a “LIQUID GRAIN STORAGE FACILITY.”
2. He is not a “BAD DANCER” - He is “OVERLY CAUCASIAN.”
3. He does not “GET LOST ALL THE TIME” - He “INVESTIGATES ALTERNATIVE DESTINATIONS.”
4. He is not “BALDING” - He is in “FOLLICLE REGRESSION.”
5. He does not act like a “TOTAL ASS” - He develops a case of “RECTAL-CRANIAL INVERSION.”
6. It’s not his “CRACK” you see hanging out of his pants - It’s “REAR CLEAVAGE.”
Posted by The Man at 2/12/2008 No comments:

Royal Navy Guy Gets Chased By A Camel - NSFW

Couple jailed after sex hook-up on air conditioning
A couple's public sex show on an air conditioner landed them in jail Sunday. The caller told police they saw a woman, identified as 24-year-old Arianna Scudelletti, atop 24-year-old Victor Manuel Martes, Jr., who was atop the air conditioning unit - and in plain view of the street. Two young children noticed the performance and alerted the adult who called police. » Full article here

Teen ticketed for DWR (Driving While Republican)
Being a supporter of any presidential candidate is typically priceless. But for Cody Hauer, being a Ron Paul supporter may wind up costing more than $550 following four citations in one week from the Owatonna Police Department for having a $40 window decal on the rear window of his Buick Park Avenue. "I support Ron Paul, the city police department doesn't," he said. "They gave me a DWR - driving while Republican." » Article here

Incompetent Beer Hijackers Spill The Beer
Two men attempting to hijack a beer truck in London on Saturday ended up crashing the vehicle only a few hundred yards away, spilling beer canisters into the street and flooding the road with booze. Police and a witness said two men, one reportedly brandishing a gun, forced their way aboard the truck as it was stopped on a street in Southall, west London.
Click Here To Read More
.
Mom Abandons Boy, 3, After He Is Found Wandering Mall

Dolly Parton's Breasts Cause Her to Postpone Tour

NHL Player Has Lifesaving Surgery After Throat Is Slashed by Skate
Ice skate to the neck (not for the faint of heart)
.
Policeman caught on YouTube video
An investigation has been launched into video footage of a uniformed police officer performing stunts on a moped believed to have been seized from a suspected criminal.
.
.
The officer, believed to be a PC from Humberside Police, is wearing a pair of forensic examination gloves as he rides the blue moped - understood to have been recovered in a criminal inquiry
.
Parents Sent Detention Notice After Wrong Button Was Pushed
February 12, 2008
PALM BAY, Fla. -- The parents of all 2,550 Palm Bay High School students received a phone call informing them that their child was due for weekend detention.
There was no coordinated uprising at the school. An accidental push of a button sent the automated call to the homes of the entire student body instead of the intended 16.
One parent didn't believe her son's protests that he had done nothing wrong and took him to school Saturday morning anyway. When they learned of the glitch, Amy Stewart took her son Jimmy to breakfast to make up for it. Assistant superintendent Steve Muzzy called the problem "an unfortunate human mistake."
Posted by The Man at 2/12/2008 No comments: