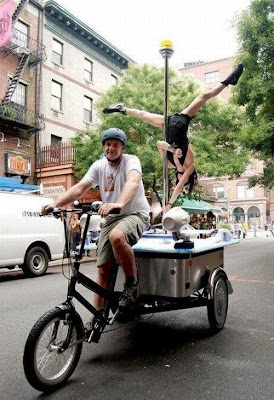 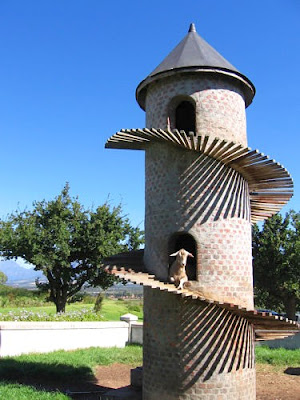 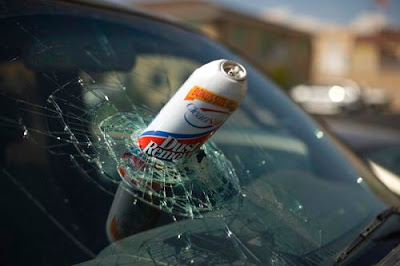 Man Fires Cannonball into Neighbor's House
A Uniontown, Pennsylvania history buff who recreates firearms from old wars accidentally fired a 2-pound cannonball through the wall of his neighbor's home.
Fifty-four-year-old William Maser fired a cannonball Wednesday evening outside his home in Georges Township that ricocheted and hit a house 400 yards away.
The cannonball, about two inches in diameter, smashed through a window and a wall before landing in a closet. Authorities say nobody was hurt.
State police charged Maser with reckless endangerment, criminal mischief and disorderly conduct.
No one answered the phone Friday at Maser's home. He tells WPXI-TV recreating 19th century cannons is a longtime hobby. He says he is sorry and he will stop shooting them on his property.
..
Football Player Tackles Girl Who Pulled Out Gun on School Bus
Authorities in Yazoo City, Mississippi said a high school football player in Mississippi tackled a girl who pulled out a gun on a school bus and took the weapon away from her.
Sheriff Tommy Vaughan says the 14-year-old girl pulled a semiautomatic handgun out of her flower-print bag after boarding the bus Tuesday in Yazoo County in central Mississippi.
Vaughan told the Clarion-Ledger newspaper the girl began shouting about someone on the bus picking on her.
Football player Kaleb Eulls says he was sleeping when one of his sisters on the bus shook him awake. The 6-foot-4, 255-pound senior approached the girl, tackled her and wrestled the gun out of her hand.
The unnamed girl faces charges of attempted assault and kidnapping for each of the 22 people on board the bus. She was in juvenile custody.
.
Police Bust Pot Farm
Dutch police swooped on what they thought was an illegal cannabis farm - only to wreck a scientific experiment.
The plants were part of a legal experiment on the use of cannabis fibres in textiles, paper and synthetic materials by the University of Wageningen.
"More than half the plants were destroyed," said Simon Vink, spokesman for the university.
"The project had been underway for years and was in its final phase, which would have allowed us to introduce these new fibres to the market.
"We will probably suffer big losses; we are busy doing the calculations."
He added the university, in the east of the country, was "busy talking to the police" about recovering costs.
Police had announced the discovery of about 47,000 cannabis plants with an estimated street value of more than £3.8m.
.
Posted by The Man at 9/04/2009 No comments: