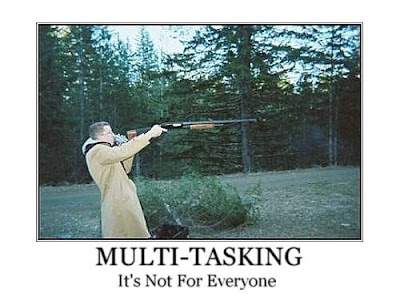 Man Survives Being Run Over by Train
Talk about being lucky — a north Alabama man is alive after being run over by a train on Thursday afternoon. Huntsville Fire and Rescue officials said a train engineer spotted 61-year-old Arnold Romine lying across railroad ties. Witnesses said the conductor sounded the horn and tried to stop the train.
Firefighters said by the time the coal train was stopped, 8 rail cars had passed over Romine's body. Miraculously, he suffered what appeared to be minor injuries. He was later treated and released at Huntsville Hospital. Its unclear why Romine was lying on the tracks.
.
Man Robs Credit Union, Puts Cash in Prosthetic Leg
Authorities on Florida's east coast have arrested a man in a wheelchair who they say robbed a credit union on Merritt Island and hid the money in his prosthetic leg.
Brevard County deputies say 45-year-old Christopher Warren Reed was caught Friday afternoon about 10 minutes after they say he robbed Space Coast Credit Union. Reed is a paraplegic who uses a motorized wheelchair.
Investigators say he came into the credit union about 4 p.m., told a teller he was armed with an explosive and demanded money. He left with an undisclosed amount of cash.
Reed told deputies that two people had threatened him with a gun, told him to commit the robbery and were going to take the money for themselves. He was charged with robbery, grand theft, threatening to use a hoax explosive device and aggravated assault.
.
Desperate dad chains self to power meter
The Panama City parents of a 5-year-old adopted girl with numerous medical conditions that require a feeding tube and other electrically-operated equipment were desperate to convince Gulf Power not to shut off their power for nonpayment.
So the father chained himself against the meter outside the home to prevent Gulf Power from disconnecting the electricity.
Gulf Power spokesman Jeff Rogers said the family hasn't made payments since July, and they were given a 35-day extension because of the medical situation.
The power bill balance is nearly $2,000.
.
Posted by The Man at 11/16/2008 No comments: 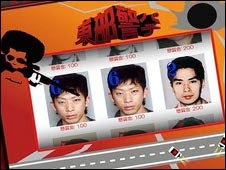 .
A Japanese company has launched an online slot machine game featuring mug-shots of wanted fugitives.
Slot Detective works like a traditional slot machine but with human faces instead of lemons and cherries.
Software manufacturer Famista Inc says it hopes the free game will help catch Japan's most-wanted suspects.
Police say the images could upset the victims of crime
Posted by The Man at 11/16/2008 No comments:

Labels: GAME, In The News 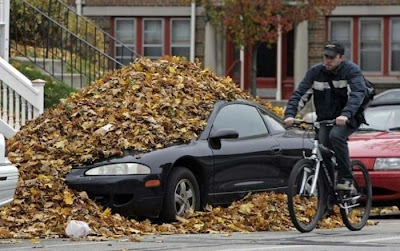 Possible the Longest Rail Grind
Chris Haffey grinds a 666 foot rail.
.
.
Anonymous said...
Don't these skateboarding stunts cause damage to the railings and steps?
.
It is hard for skateboards to do any damage to concrete.
However,
They can do some damage to the protctive coating (paint or whatever) on railings.
Posted by The Man at 11/16/2008 No comments: