Tax time is fast approaching there is something to keep in mind. 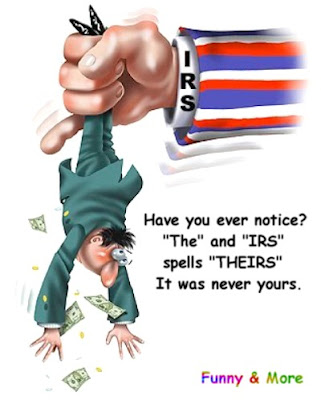 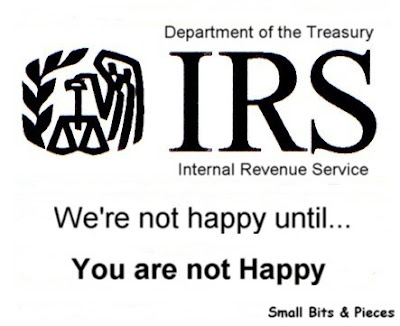 You're a Dead Man 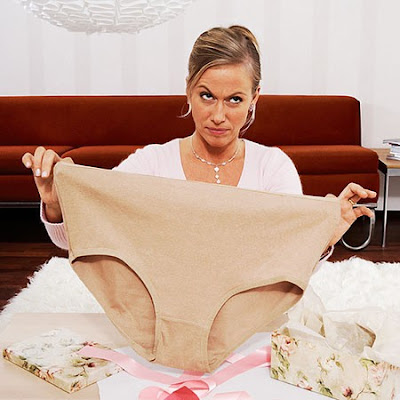 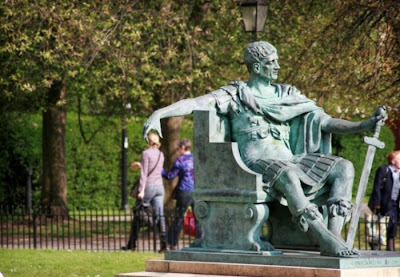 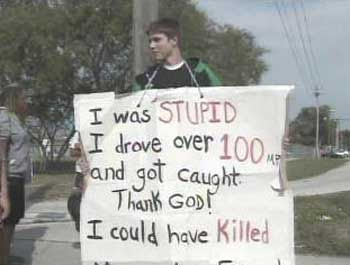 Teen carries 'I was stupid' sign after speeding ticket
A Florida teenager faced an unusual punishment after police caught him driving more than 100 mph. Adam Clark was pulled over going 107 mph in a 55-mph zone; neither the police nor his mother were pleased.
Adam's mother, Heidi Wisniewski, not only took his car away, but also made him a sign to show outside of his school every morning and every afternoon.
He was forced to hold a sign reading, "I was stupid. I drove over 100 mph and got caught. Thank God! I could have killed me and my friends."
Adam said he got some strange looks and laughs from classmates at Orlando's Merritt Island High School, but said he accepts his punishment. Despite the humiliation, he said he isn't mad at his mother. "She was mad," Adam said. "She gave me the silent treatment. But I think I deserve my car getting taken away and everything." With news video.
Posted by The Man at 3/06/2008 No comments:

CANBERRA - An Australian who took a new car on a 1,988 mile six-day test drive from the city to the outback has been arrested, police said on Thursday.
The 30-year-old convinced a car dealer in the southeastern city of Melbourne to lend him a A$40,000 (19,000 pound) Honda Accord sedan last Friday and drove the equivalent of London to Istanbul before he was arrested near the town of Tennant Creek, deep in the outback of the Northern Territory.
"He drove from Melbourne to Adelaide to Alice Springs," Tennant Creek police Constable James Gray-Spence told Reuters.
He said the man was arrested without incident at a road block on his way north to Darwin after he failed to pay for fuel at a hamlet.
The test drive was the longest known to Australian police and topped a 500km theft on New Zealand's South Island in 2006.
"I think we've topped that with the 3,000 km mark," Gray-Spence said.
Melbourne car yard owner Ian McKenzie said the man would have had to have been in the car all day, every day to reach Tennant Creek.
"He seemed a legitimate gentleman. He stood at the desk right in front of a camera. He wasn't afraid of being photographed or videoed."
Posted by The Man at 3/06/2008 No comments:

Out of site out of mind 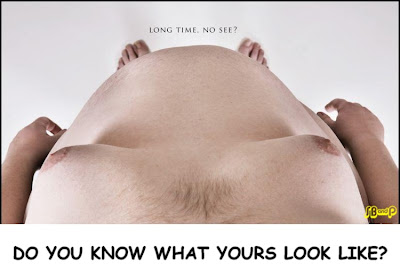 Burglars Done in by Doughnuts
ROSEBURG, Ore. - When two guys in cowboy out fits offered the sheriff's deputies doughnuts, and then the deputies investigated a burglary involving doughnuts and the prints of cowboy boots, it didn't take Sherlock Holmes to crack the case.
"The officers kind of put two and two together," Deputy District Attorney Dave Hopkins said Tuesday at the sentencing of Adam Hancock, 21, of Baker City on theft and burglary charges.
Sheriff's deputies reported they found Hancock and his cousin, Vincent Whitely, 19, in Roseburg on Jan. 11, and the pair offered the officers doughnuts, which they declined.
Shortly afterward, the officers investigated a burglary at a store from which cigarettes, candy, chewing gum and the telltale doughnuts were missing. And there were boot prints.
.
Police Dog Sniffs Out Man in Dog House
PASCO, Wash. - A 19-year-old Pasco man is in jail after a police dog sniffed him out of a dog house. When a man called police early Tuesday to report that his car had been stolen, officers around the city began searching for it. They spotted it once and tried to stop the car, but the driver accelerated and tried to get away.
Eventually, the driver ditched the car and fled on foot. Officers from five agencies staged themselves around the area, and Pasco's K-9 unit was called in to help with the search.
A police dog found Francisco Montalvo hiding in a dog house. He has been booked into the Benton County jail for investigation of eluding a police vehicle and first-degree theft.
.
Police Follow Footprints to Nab Suspect
SPRINGDALE, Ark. (AP) - When wintery weather strikes, police don't spend all their time dealing with motorists who can't adapt. On Tuesday in Springdale, an alarm sounded at 5 a.m. at a Papa John's Pizza outlet. Police saw that the door had been forced, but a better clue was on the ground - footprints in the snow.
Police followed the tracks to the back of another business, where they found Bradley T. Hyde, 29, of Lowell. Authorities said Lowell was carrying clothing from Ana's Family Boutique.
Investigators say Hyde had also kicked in the back door to the Cecilia's Salon and had climbed through the ceiling to enter the adjacent clothing store. Hyde had $166 that police believe was stolen from the pizza restaurant.
.
Woman Accused Of Chili Pepper Sex Assault
MELBOURNE, Fla. -- A 40-year-old Central Florida woman is accused of sexually abusing a 16-year-old girl with yellow chili peppers.
Investigators said the woman, who works at the Carnagie Gardens Nursing Home Center in Melbourne, beat the victim with an iron and iron cord after she arrived home.
She said she was also sexually abused with the peppers while she tried to shower.
The girl then reported the attack to a teacher the next day and a nurse's exam confirmed the abuse, police said.
Palm Bay detectives said the woman has denied committing the sex assault.
Management at the nursing home suspended the woman without pay, pending the results of a criminal investigation.
.
Screams Heard By Car Wash Manager
ORLANDO, Fla. -- A search is under way for two women caught on car wash surveillance video restraining a screaming girl and then using a high-pressure wand to blast her with water in an apparent form of punishment.
IMAGES: Child Blasted With Water
Video: Women Sought After Child Sprayed With High Pressure Water Blast
.
A manager at Magical Carwash located at 11105 Bloomfield Drive in Orlando said the women pulled into the business and immediately began to torture the young girl.
"It wasn't like a regular cry," manager Marlene Diaz said. "It was more like a screeching, high-pitched cry. One of those bloody-murder cries that you are just in pain."
Diaz said the women never washed the car.
"They put $2 in, started the machine and went straight for the baby," Diaz said.
"They never cleaned the car?" Local 6's Erik von Ancken asked.
"No," Diaz said.
"We are concerned that this girl is subjected to any other types of abuse," Orange County Cmdr. Matt Irwin said. "If this is not a one-time incident, then who knows what else she faces as forms of punishment."
Investigators are searching for a white Hyundai seen in the video.
Sheriff's investigators said they are concerned about the child's well-being.
Anyone with any information on the identity of the women or the girl is urged to call Crimeline at 800-423-TIPS.
Posted by The Man at 3/06/2008 No comments: