.
.
.
Anonymous said...
How do they keep from cheating on tests?
If they get pregnant, whose name will go on the birth certificate?
How will they handle things like having a boyfriend or getting married?
Do they ever have arguments over who farted?
I think I need an aspirin now.
Posted by The Man at 5/30/2008 1 comment:

1. Man says to wife "I had a wet dream about you last night, I dreamt you got run over by a bus and I pissed myself laughing".

2. My uncle got struck off the medical register for having sex with his patients. It's a real shame 'cause he's a really good vet.

3. Little girl gets lost in Tesco's, so the Security guard asks her "what's your Mom like?" Little girl replies "Big Cocks and Vodka".

4. The boss has to lay off Ann or Jack. Ann walks into the office and the boss says "I have a problem Ann, I have to lay you or Jack off....". Ann says "You better jack off, co's I've got a headache".

5. A friend said sorry I am late, had to see a friend was rushed to hospital to have a dangerous mole removed from his dick...... I said I reckon he won't be shagging one of those again then.

6. Tampax have replaced the string on their tampons with a piece of tinsel.... They say it's only for the Christmas period.

7. A woman goes to her doctor with a bit of lettuce hanging out of her pussy. The Doc say's "that looks nasty". She say's "Nasty?, it's just the tip of the iceberg!"

8. Two newlyweds turn up at a hotel and ask for the honeymoon suite, the receptionist asks "do you have reservations?" The bride answers "Yes, I won't take it up the ass."

9. Larry la Prise who wrote the hokey pokey has died aged 93. The worst part was getting him into the coffin. They put his left leg in, then the trouble started. How to do the Hokey Pokey 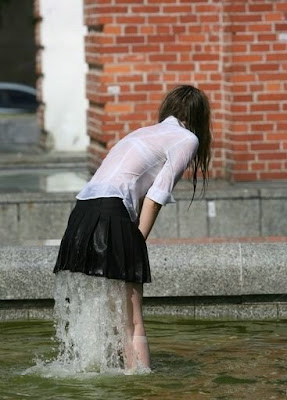 Look at the price of gas 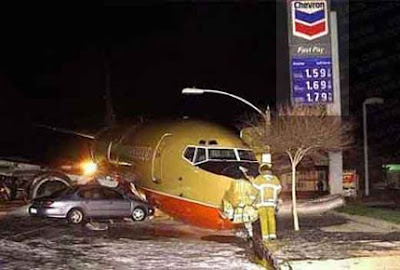 You Worthless Piece Of Shit 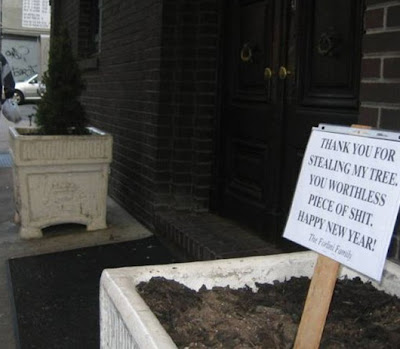 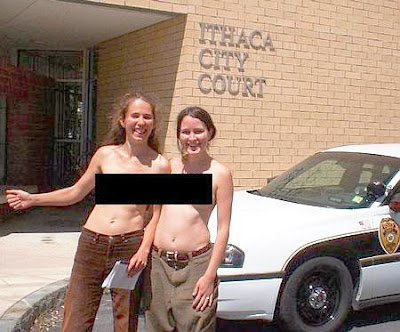 Man accused of spraying woman's shoes with water
A woman told Cincinnati police that she heard a noise and then felt something cold on her feet. Police said a man crawled under a table at a University of Cincinnati library and used a syringe to spray saltwater onto the woman's shoes.
Dwight Pannell, 43, of Columbus, was booked on charges of voyeurism, assault and criminal trespass. The woman told officers that after she heard something coming from under her table and felt the sensation on her feet, she looked down and saw a man on his knees holding a syringe.
.
Police chief married to registered sex offender
Some town residents are upset that the husband of Interim Police Chief Anita Merritt is a registered sex offender, saying her relationship with a convicted felon is a conflict of interest.
Tyrone Merritt, 36, was convicted in Massachusetts in March 2001 of taking indecent liberties with a child in connection with a May 1999 incident. He was sentenced to probation.
The incident occurred before Anita Merritt married her husband and before she joined the Roseboro N.C. Police Department in September 2004.
"Anything that happened to him has no reflection on me or my character or on my job," said Anita Merritt, who was sworn in as police chief Thursday.
News Video
.
Woman pleads innocent to torturing rats
A woman has pleaded innocent in Islip, N. Y., to running over two rats with her car and smearing their guts on the porch of her ex-boyfriend's sister.Michelle Brown, 23, pleaded innocent in District Court to a misdemeanor charge of animal torture, New York's Newsday reported Thursday.
Prosecutors allege Brown purchased the rats at a Petland Discounts store and took them to the home of Sabrina Laroy, where she ran over the animals with her car and then smeared their innards on Laroy's porch. Laroy is the sister of Brown's ex-boyfriend, whose name wasn't released. Laroy's brother wasn't in the home at the time of the incident.
Posted by The Man at 5/30/2008 7 comments: