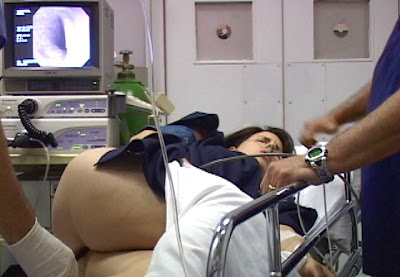 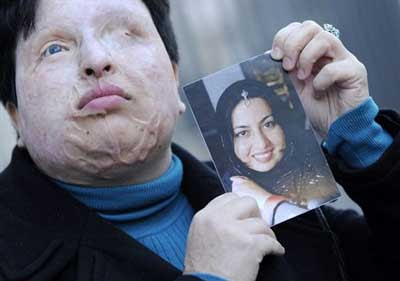 An Iranian woman living in Spain who was disfigured and blinded by a man in Iran said Thursday she welcomed a Tehran court ruling that awards her eye-for-eye justice against her assailant.
"The person who did this deserves to go through the same suffering. Only this way will he understand my pain," Ameneh Bahram said.
In November an Iranian court ruled that the man -- identified only as Majid -- who admitted blinding Bahrami in 2004 by throwing acid in her face because she rejected his marriage request should also be blinded with acid based on the Islamic law system of "eye-for-an-eye" retribution.
Iran's supreme court confirmed the sentence at the beginning of February.
Bahrami, who moved to Barcelona after the attack to get medical treatment, said the court had originally ruled that she was entitled to have the man blinded in only one eye in Iran because "each man is worth two women".
The court then ruled that the man would be blinded in both eyes if in exchange Bahrami agreed to give up the 20,000 euros (25,000 dollars) which she was set to receive from her assailant's family.

Since I got some (need more) of my readers to leave comments,

I will be stopping posting your comments for now.

BUT THAT DON'T MEAN YOU CAN STOP

Women that “FAIL” at Parking 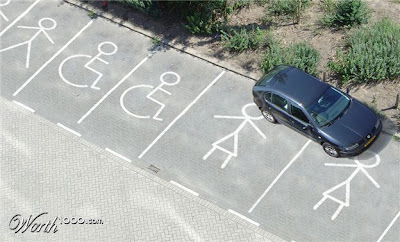 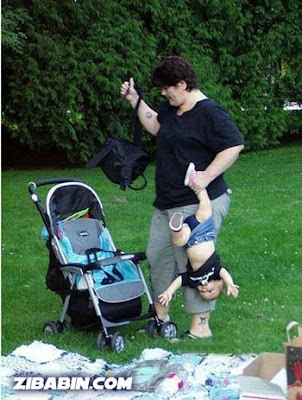 WTF!!! What happened to his ass? 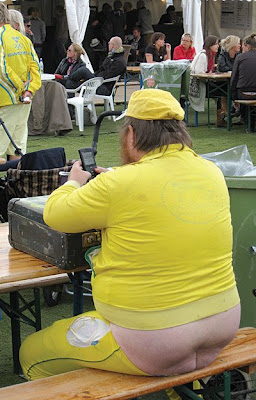 Prisoner amputates own penis
A Monroe Correctional Complex prisoner with a history of mental illness was rushed to the hospital Thursday after his second attempt to cut off his penis.
The prisoner already had amputated much of his genitals several years ago, prison spokeswoman Cathy Kopoian said.
On Thursday the man apparently used a razor blade to cut off what remained.
Penile amputation is a rare condition and doctors in Seattle deal with only about one case each year, the urologist said.
This kind of self-mutilation typically is caused by psychosis, said Dr. Bruce Gage, the chief of psychiatry for the state Department of Corrections.
"People who cut themselves or hurt themselves are rarely trying to kill themselves," he said.
More often they are trying to bring about some kind of change or find relief from inner pain, Gage said.
.
Do you know the difference between head and butt?
A midwife has mistaking a baby's bottom for his head.
Gaynor Rostron, 36, failed to realize she was dealing with a difficult breech birth - despite a scan showing the problem - putting the woman and her baby in danger.
Colleagues at Tameside General maternity unit in Manchester had previously reported that she did not carry out proper checks on a baby, allowing his heart rate to plummet before getting medical help. She is nolonger working as a midwife because of her incompetence.
NMC Chairman Catherine Duthie said: "Although breech presentations can be difficult to diagnose, in this case the baby was presenting feet first, so it was obvious that something was unusual. Furthermore, a record of an ultrasound scan was available to Miss Rostron."
.
Posted by The Man at 3/09/2009 3 comments: 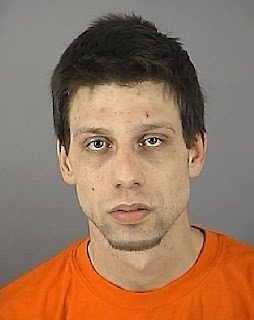 A man was charged with attempting to start a methamphetamine lab, a plan that authorities say was thwarted because an hardware employee saw instructions he was carrying in the store.
Derek J. Haines, 24, told police that he was glad he was stopped because he was afraid he might blow up himself or someone else while trying to manufacture the drug, according to the criminal complaint.
Haines was caught after he was inside Ace Hardware in the 100 block of W. Main St. carrying a printout from a Web site listing the items he needed to build a clandestine drug lab, the complaint says. The employee saw the paper and called police.
Police recovered from Haines' car starter fluid and concrete cleaner, which was allegedly stolen from the store. Officers searched the man's apartment and found a mixture of Ritalin tablets and gasoline in the freezer.
.
Posted by The Man at 3/09/2009 1 comment: 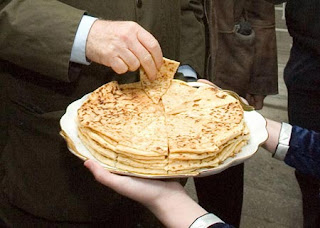 Winner dies in all-you-can-eat contest
The winner of a pancake-eating contest dropped dead after gorging himself on 43 of the cream and banana stuffed desserts.
Boris Isayev, 48, from west Russia, collapsed to his knees and died on stage after stuffing himself with pancakes in a competition to mark the end of the region’s ‘Pancake Week’.
"He had really enjoyed the pancakes but then he started foaming at the mouth and went down like a bag of rocks," one witness said.
Onlookers tried to revive the man, but he died on the stage.
Witnesses apparently described Isayev as "the most active participant in the contest" adding that he "ate all the types of pancakes on offer and won fairly."
The exact cause of death is not clear but doctors believe he choked after a piece of pancake got lodged in his throat.
.
Posted by The Man at 3/09/2009 1 comment:

Money woes are so bad, a woman in Colorado is using Super Glue to keep her teeth from falling out.
September Williamson said her once pearly whites are now plagued with problems.
"My kids have never really seen me smile. My husband says he misses it,"
Williamson can't afford the dental work she needs so, for now, she's turned to Super Glue.
"I have a crown that is Super Glued in the front, but I can't fix it until I can get my dentures on top," she said.
Williamson does have insurance but it only covers up to $1,000 a year. The partial dentures she needs are $8,500 but because she has insurance -- she's not eligible for dental assistance.
VIDEO
.