Mount Huashan, one of China's Five Holy Mountains.
The trail was composed almost entire of stone steps, steps that led up for two miles into the sky. At several points, the steps were no more than carvings into the mountainside. Luckily, who ever built this trail thought to include chains bolted into the rock. As you might imagine, this made climbing the carved steps possible. 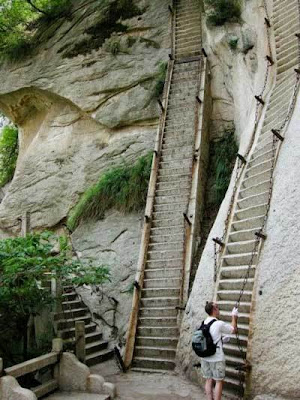 You are one with the rock 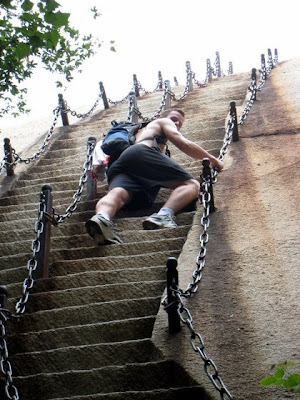 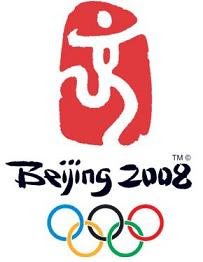 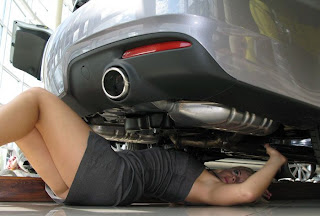 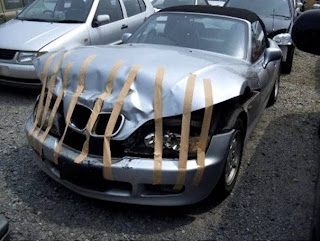 Do You Think My Husband Will Notice? 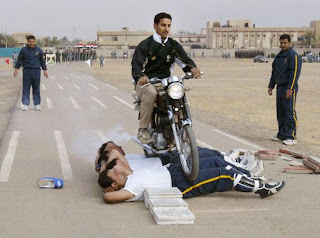 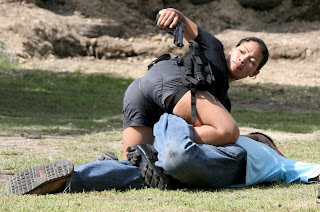 Got Taken Down By A Female Cop.
You're not so tough after all are you. 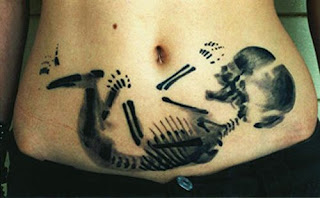 88 on 8/8/08
Darrell Grinnell's favorite card game is 500, but this year it might as well be Crazy Eights. Grinnell will celebrate his 88th birthday Friday, on 8/8/08. "We've never really celebrated my birthday before," he said. "We get each other cards and eat out sometimes, but nothing really grand or spectacular." This birthday, however, really does call for a celebration. Darrell has undergone a series of three spinal surgeries in the past year. "Other than that, my health's been pretty good," said the octogenarian, who still dabbles in woodworking. "I've had health problems, but I feel good." He and his wife, Jean, who turned 88 in June, will mark the milestone with a gathering of family and friends. If they track down the whole family, the gathering will be a big one.
PICTURE and More
Posted by The Man at 8/08/2008 No comments: