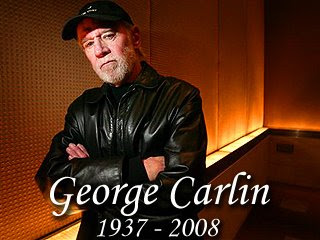 LOS ANGELES, Calif. — George Carlin, the dean of counterculture comedians whose biting insights on life and language were immortalized in his "Seven Words You Can Never Say On TV" routine, died of heart failure Sunday. He was 71.
Carlin, who had a history of heart trouble, went into St. John's Health Center in Santa Monica on Sunday afternoon complaining of chest pain and died later that evening, said his publicist, Jeff Abraham. He had performed as recently as last weekend at the Orleans Casino and Hotel in Las Vegas.
Carlin's jokes constantly pushed accepted boundaries of comedy and language, particularly with his routine on the "Seven Words" -- all of which are more or taboo on broadcast TV and radio to this day. When he uttered all seven at a show in Milwaukee in 1972, he was arrested on charges of disturbing the peace, freed on $150 bail -- and typically unapologetic on his release.
A Wisconsin judge dismissed the case, saying the language was indecent but citing free speech and the lack of any disturbance.
When the words were later played on a New York radio station, they resulted in a Supreme Court ruling in 1978 upholding the government's authority to sanction stations for broadcasting offensive language during hours when children might be listening.
.

Say it not so!
He was funnier than a kick to the crotch!
RIP George Carlin.