Come and Arrest Me 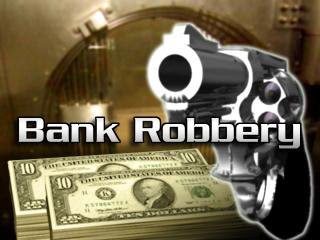 Police didn't have to dust for fingerprints to find this suspect -- they just rifled through the wallet he left behind at the scene.
Albert Vincent Perkins is charged with robbing First Federal Bank in Kansas City on Thursday. Police say he walked into the bank, handed the teller a plastic bag and ordered her to give him all of the $100 bills. Then he walked out of the bank -- but left his wallet sitting on the counter.
The U.S. attorney's office says the teller and a customer in the bank identified the photo on the driver's license and another photo in the wallet as the robber.
Perkins was arrested Thursday night. Police say he took about $3,100.
.
Posted by The Man at 5/09/2009

Another strike against mankind... the aliens are laughing!!!!

The guy was probably unemployed and needed a place to stay.