A judge has denied bail to a man accused of gouging out his uncle’s eyeballs with a spoon. Timayo Knight, 31, appeared briefly before District Judge Michael McMaken, who refused to set a bail. Knight, who is being held in Mobile County Metro Jail, is charged with first-degree assault.
. 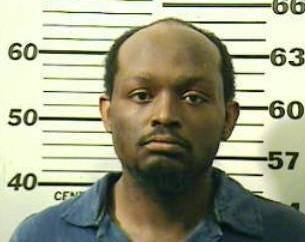 police were called to the 300 block of Bronner Street
on Monday evening and found 79-year-old Bonnie Pogue bleeding from his face. Investigators later found Pogue’s eyeballs in a trashcan and a bloody spoon on a kitchen counter, according to police, and Knight was still inside the house.
Posted by The Man at 4/22/2011