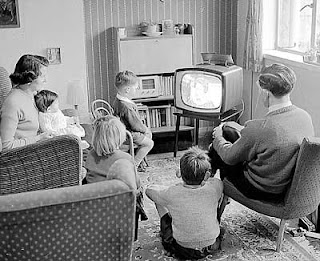 Almost 30,000 people across the UK still tune into their favorite programs on black and white TV sets.
The figures were released by TV Licensing to mark the 40th anniversary of the first color transmissions on BBC1 and ITV.
The 28,000 black and white license holders included 1,950 in Scotland.
The figures showed the black and white sets have not yet been consigned to history despite the rise of flat-screens and the iPlayer.
While the figures show there is still life in the oldest TV equipment, BBC statistics show that emerging technologies are changing the way many of us watch TV.
.
Posted by The Man at 11/13/2009