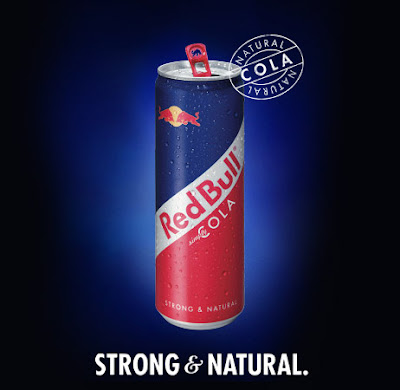 About a year ago, the makers of Red Bull, the famous caffeine-loaded energy drink, decided to come out with a soda, unsurprisingly named Red Bull Cola. The shared name implied the same big kick. But could the cola's boost — supposedly "100% natural" — come from something else? Officials in Germany worry that they've found the answer — cocaine. And now they have prohibited the soda's sale in six states across the country and may recommend a nation-wide ban.
According to this analysis, the 0.13 micrograms of cocaine per can of the drink does not pose a serious health threat — you'd have to drink 12,000 L of Red Bull Cola for negative effects to be felt — but it was enough to cause concern.
Red Bull has always been upfront about the recipe for its new cola. Its website boasts colorful pictures of coca, cardamom and Kola nuts, along with other key "natural" ingredients. The company insists, however, that coca leaves are used as a flavoring agent only after removing the illegal cocaine alkaloid. De-cocainized extract of coca leaf is used worldwide in foods as a natural flavoring.
.
Posted by The Man at 5/27/2009

OH MY GOD!!! WE MUST PROTECT OURSELVES FROM THIS HORRID DRINK!!! GATHER UP THE PITCHFORKS AND STORM THE CASTLE!!! THIS MONSTER MUST BE STOPPED!!!!

"The company insists, however, that coca leaves are used as a flavoring agent only after removing the illegal cocaine alkaloid."

Hmmmmm.... now you don't suppose that the cocaine removed from the leaves was SOLD AS COCAINE do you????

Can someone say FIRST LINK IN THE PROCESSING CHAIN????