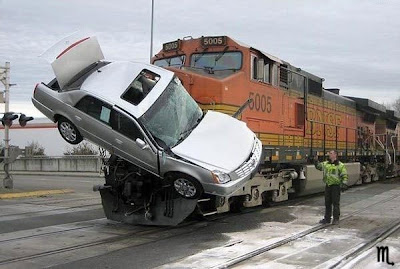 The Polk County Sheriff's Office says two people were taken to a hospital after a freight train collided with a car in Frostproof.
According to a sheriff's office statement, three train cars derailed during Wednesday's early morning crash. Traffic deputies believe that when the train collided with the car, and one passenger was ejected.
The names of the two victims who were transported to Lakeland Regional Medical Center weren't immediately released. One person is in critical condition. A female victim is also in critical condition but she has been stabilized. Traffic was being diverted away from the scene.
.
Posted by The Man at 5/20/2009