Drug gang made so much money 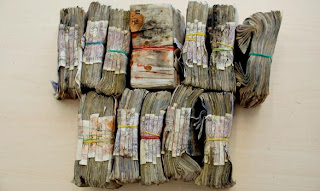 A gang that became Britain’s biggest importers of high grade skunk cannabis made so much money that they left tens of thousands of pounds to rot in hidden safes.
The three "directors" of the organized gang made "profits" of up to £200 million, so much that they were unable to spend it fast enough.
In an undercover surveillance operation involving police in Britain, France, Holland and Switzerland the gang were seen driving to Europe with £500,000 stuffed into sports bags.
In Geneva they used the cash to buy expensive designer watches.
.
Posted by The Man at 3/06/2010

After doing some research online, I got my first electronic cigarette kit off of VaporFi.