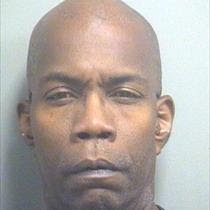 A man who lost his computer in a home burglary has been arrested after the laptop surfaced at a local pawn shop with several images of child pornography on its hard drive.
Police detectives received a call from a worker at Cash American Pawn Shop in reference to a pawned laptop computer.
The worker had been preparing the laptop for sale, cleaning the hard drive when several images of child pornography were discovered.
Police used the serial numbers on the computer and it matched a computer that had been reported stolen in a burglary at George Lewis's residence.
Police say they went to Lewis's residence to conduct an interview. He asked if they could speak with him away from his girlfriend who was in the room.
According to the report, Lewis then told police he did own the computer in question and he did use it to download images of child pornography but he said the images were part of an investigation that he was conducting. Lewis told investigators he thought he was a Good Samaritan for his work.
Police took Lewis into custody.
.
Posted by The Man at 3/06/2010